Yesterday, I wrote about a navigation tweak that would lower number of clicks overall and improve the newbie experience. Today, I can bring you an update about what it'll look like! 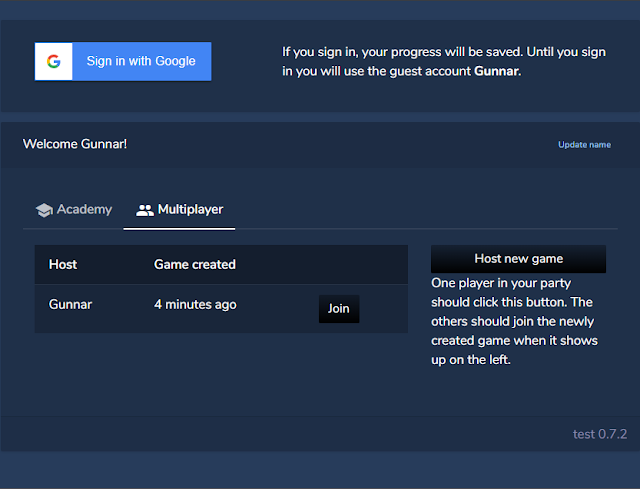 The first thing we did was get rid of the 'Host' tab. While fairly intuitive for experienced gamers, not all people would understand what to do when confronted with the choice between hosting and joining, or what either of those even mean.

So we made the two tabs into one! The new 'Multiplayer' tab is essentially the old 'Join' tab, but with two major improvements:

Up next are some fixes for Firefox, because we've discovered that the new menus load extremely slowly, and the test version is slightly broken using Firefox.